I’m the Echo when You call is my submission to the non-ranked Interact-If 2022 Game Jam. The theme is “Red Herring”.

You are a Liminari - a scholar who has committed sacrilege by pursuing forbidden knowledge in hopes of evolving into an Old One, a being who can break itself out of the curse of the ouroboros, become a master of its own life and death; a god.

During one of your solitary voyages into the Great Nothing, you encounter a rare phenomenon - a dying soul, struggling to rally its last moments.

Will you watch it die, or will you feed it enough of your vitae to see it restored? How will the encounter change you? If at all.

The plot is told in a series of scenes inspired by diaries or journals that depict an expedition or research of some kind.

An indirect sequel, When You Call:Reprise can be downloaded [here].

Warning: body horror (mentions of rituals involving blood and mutilation, self-inflicted injuries, human sacrifice. (MC’s current body is that of an undead - details mostly undetermined, up to the player), descriptions of death and violence, religious themes (MC doesn't follow a god, though gods do exist, not as deities that rule over humanity but separate beings (think eldritch horrors style), possible depersonalization and derealization.

If you experience any issues with the web build (such as blurry screen, laggy music) please try using a different browser or download the file.

Either foolishly brave or simply desperate, the soul that followed from to the edge of the Great Nothing seems less like a mongrel holding onto its last tread of survival and more like a knowledge-hungry scholar.

Though (temporarily) lacking a corporeal body, the soul doesn’t lack in personality. The unexpected disruption sure does keep you on your toes, shattering - though not hindering - your pursuit of godhood.

Why does the soul keep lingering around you, you have no idea... but as anything in the universe, it has to have a reason. At any rate, the insight provided quickly becomes invaluable to your research. Who knows, maybe the last step to breaking the last circle is closer than you think? 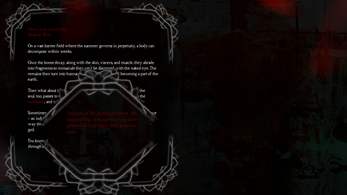 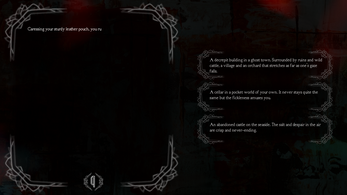 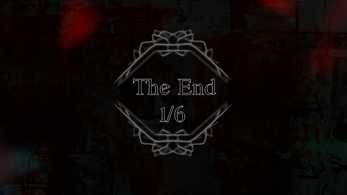