A downloadable game for Windows, macOS, Linux, and Android

All the clichés you've ever heard are true and your life is unfair. Still, there's no use crying over spilled milk, or, well, Perfumare* in your case.

When the dangers of your job as a rookie narco** catch up with you, intricating you in a series of strange suicides that have befallen the city of Elazar, you quickly realize that you can't deal with everything alone.

The destiny, though, is clear and just like death, it waits for no one.

*A non-addictive yet potent central nervous system stimulant. Used to temporarily increases the strength and level of one's affliction, and, in rare cases, awaken a gift previously undiscovered.

**As of 1978 Perfumare has been classified as a harmful drug. The use, sale, and possession of Perfumare are illegal under federal law. If you came in contact with Perfumare get in touch with the Bureau of Control and Prevention immediately.

Woe is life in a dystopian world where roughly 60% of the population is blessed (or cursed depending on the point of view) with afflictions of all kinds and tiers.

You, someone carrying the burden of being a five, managed to hide the excess of your powers from the government, consequently avoiding the conscription into the Special Forces. Unbeknownst to you, the incorrect evaluation back at the Academy threw you out of the ashes and straight into the fire.

Tags: crime, mystery, romance (it is not a horror game)

Rating: contains content unsuitable for children under the age of 17. See below.

This story is a work of fiction, set in a DYSTOPIAN country. Some of the events, backstories, or choices might be (and should be) morally reprehensible for an ordinary person.

Proceed at your own risk.

Demo/teaser (in a form of a Visual Novel): [here]

*The ROs in Avulsion are Jewel, Reed, and Laurent. For more info check the FAQ.

If you want to let me know about a bug/error/mistake you’ve found,  check out this (anonymous) questionnaire: [click here]. Thanks!

Your coworker of three years. Whether she actually likes you or not, there's no denying that you work well together, forming an easy routine in and outside of the workplace. She's a tough one to get to know, keeping you at a distance, as though there is a secret she's concealing from anyone who might get too close. You can sympathize. One thing is certain, she always knows more than she lets on. Or, at least, that's the impression she gives off.

A waiter by night and [REDACTED] by day. Though never caught with his hands dirty, he's suspected of [REDACTED], [REDACTED], [REDACTED] as well as extortion. Though he appears perfectly friendly, the easy demeanor doesn't last long after his facade crumbles. The few people who got to see his true face describe him as superficial and cunning, though personally, Reed has always preferred the term 'adaptable'.

Team Sigma's Commanding Officer. Around the office, Laurent has been called cold and unpleasant. He rarely smiles, and when he does, it's stiff and obviously forced. Privately, though still rather rigid and closed off, he's been nothing but kind to you, to the point that you can't help but question the authenticity of his actions. 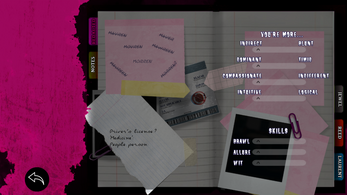 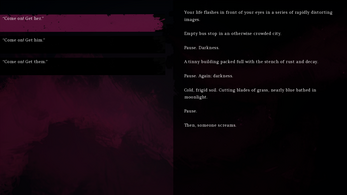 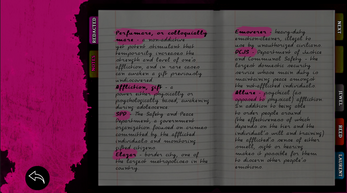 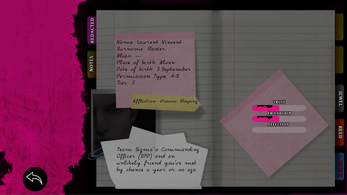 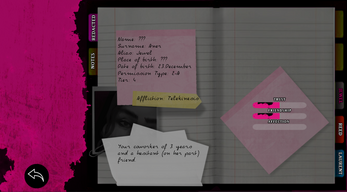 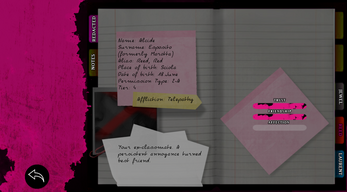